Earn up to 2% Cash Back at The North Face
No expiration
sign up
Want to donate up to 2% of your purchase?
Select a charity
CODE
$10
OFF

Coupon Code for $10 Off $50 Order With Text Signup

Student? Get 10% Off The North Face Gear 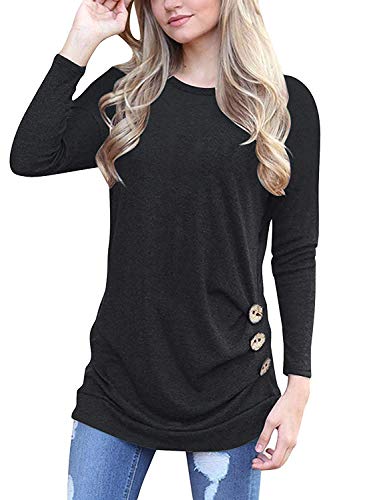 The North Face is Offering a 10% Discount to All Active, Reservist, Veteran and Retired U.S. Military Personnel, and to Spouses and Dependents of Active Personnel

Explore Men's Sandals - Footwear Made for the Wild

40% Off on Selected Products

FAQs from The North Face

Guide to The North Face coupons

Guide to The North Face Coupons

About The North Face

Find the best apparel, accessories and equipment for all your outdoor and extreme climate moments from The North Face. Shop by activity like running, training, yoga, snowboarding, climbing, hiking, and more. Or you can shop by benefits you would like to enjoy like waterproof products, wind protection, breathability, water resistance, reflectiveness, and insulation. You can also check out full collections like the flight series, camping, or mountain heritage. Enjoy free ground shipping on orders of $50 or more and use North Face coupon codes while shopping to get great savings.

What do you think about The North Face?
4.5 out of 5
346 votes
Thank you for your feedback!

Earn More When You Shop More

How to Save at The North Face

Getting a discount at The North Face is easy: there are a wide variety of sales and promo codes available just about anytime you shop. You can often earn up to 2% off regular retail, and sometimes up to 70% off on clearance items. Along with these up-to-date The North Face coupons and promo codes, you’ll also earn Goodshop Cash Back, which can be used to pay for future purchases. To redeem your The North Face coupon; simply copy and paste the promo code into the appropriate field during checkout, and your discount will be automatically applied.

Shop at The North Face

(if you've selected a cause to support)
2% donation on most purchases made on this site.
0.5% donation on outlet items.
No donation when purchase exceeds $2,000
Learn more about donation details

The North Face at a Glance

If ever a brand embodied the essence of exploration, it would be The North Face.

Just as the name of the brand signifies, the harshest side of a mountain to traverse, it is made to endure and to allow those who wish to seek out adventure the means to do so. It was founded in 1966 by two hiking enthusiasts at around 150 feet above sea level in San Francisco’s North Beach neighborhood.

Ironically enough, what could be considered to be the brand capable of enduring the harshest of the elements was more or less conceived during a stroll at the beach. Aren’t all of our best ideas formulated at the beach? Though The North Face brand was created to allow the exploration of some of the most remote and untouched areas on Earth, the company rests heavily on its commitment to conserving those same areas with an unwavering passion.

This passion for exploration and conservation of the wilds our world has to offer is no doubt shared by the loyal customer base and following that The North Face has amassed throughout the years. Enthusiastic outdoor athletes are among the most valued patrons of The North Face, as lauded by the company throughout the 1960s as the company began to sponsor adventurous expeditions to areas far removed from civilization. This has become a proud tradition of The North Face, as they still sponsor such excursions and maintain their encouraging nature for the exploration of the wildest places on Earth.

The North Face came onto the scene within the world of skiing by introducing extreme skiwear to its product line in the 1980s. There is no doubt that the 1980s was a colorful decade, and The North Face fully embraced this as they paved the way for the charismatic athletes we see today in snowsports. In this era, The North Face was the only United States supplier offering a broad selection of high caliber performance-wear and gear that included packs and tents, outerwear, sleeping bags, and skiwear.

Delving deeper into the world of outdoor exploration, The North Face furthered the capabilities of athletes by introducing their sportswear product line named Tekware in the 1990s. This line was specifically designed to provide unparalleled functionality targeted towards outdoor enthusiasts, rock climbers, trail-runners, backpackers, and hikers. Throughout the 1990s, The North Face brand grew by leaps and bounds with their logo making more frequent appearances in the outdoor sports arena. Later in the same decade, The North Face walked onto the trekking and trail-running scene with the introduction of their shoe line.

The North Face has permanently etched out its place as the forerunner of innovation for those who wish to explore the outdoors. With the development of synthetic insulation comparable to that of down, named Thermoball, and the advent of a whole new way to produce apparel, named FuseForm, The North Face continues to revolutionize the exploration of the world around us. The product line that we have come to know and love includes footwear, apparel, and equipment with performance incorporated into the core of it all.

With over 50 years behind and aspirations for 50 more years ahead, The North Face is sure to continue to build on the strong foundations that were created that fateful day on the beach in 1966. The North Face brand has become the standard for the adventurous exploration of the great outdoors, and that shows in their clientele, which includes world-renowned climbers, extreme skiers, endurance runners, mountaineers, and explorers.

The North Face returns policies make your life easier when having to return items you have purchased. You must have your original receipt or packing slip to complete a return. A rundown of these policies are as follows:

More FAQs for The North Face

Use coupons when purchasing from The North Face by following these steps:

The North Face offers gear, apparel, and shoes for all types of weather conditions. This is good news for the shopper looking to find discounted merchandise throughout the year. This means that The North Face brand will have something on sale every time the season changes. If you take the time to check with your local retailers between the seasons, you may find that they have some surprisingly awesome deals.

Coupons are also available and include savings such as 50% off of any purchase, free shipping on purchases and returns, and 40% off on women’s, men’s, and kid’s items. That’s just to name a few of the many coupons available to use when shopping for The North Face. When shopping directly from The North Face website, you can see all the deals they have right from the sales section under each of the following page menus: men’s, women’s, kid’s, and shoes. Clicking the sales button will take you directly to the items that are currently available at discounted prices.

With retailers, you will want to keep in mind that holidays centered around a three-day weekend tend to have some of the best clothing sales available. Having that extra day off from work gives you the time to spend seeking out the next deal on the apparel you or your family needs. When searching for The North Face clothing you want, take into consideration the back to school season where you can score deals for the whole family and stock up on great deals. Another time of year that usually sneaks up on people is the no-tax weekend, where no sales tax can mean big savings.

Let’s not forget about what has become the two biggest shopping days of the year, Black Friday and Cyber Monday. The North Face is no exception to the deals that are offered during these two events. Black Friday has become as big online as it is in-store. However, there are still incentives that retailers give that can make it worth your while to make in-store purchases. Cyber Monday, on the other hand, is the largest online shopping event of the entire year and has discounts that typically apply to site-wide discounts, not limiting you to certain styles or brands.

You definitely can’t disregard the VIPeak Rewards program that works based on the points you accumulate. As you gain points, with every $1 you spend you will be closer to exclusive discounts and free merchandise from The North Face. For those who want something more, this reward program also gives you the “VIP” treatment by allowing you to be the first to hear about special offers, exclusive events, and sales. Stepping your game up and making it your priority to be in the know about all the best times to find sales throughout the year has the potential to save you boatloads of cash in the long run.

How to Shop at The North Face

The North Face offers a virtually endless array of top outdoor apparel, equipment, and shoes for women, men, and kids. When you first go online to shop The North Face, it can be a little overwhelming, to say the least. Let’s break down all of the different products that The North Face has to offer.

When it comes down to the equipment, apparel, and shoes you need to face the harshest of the elements; the only choice is The North Face. You can find everything you need for that next hiking and camping trip with all of the base layers, outerwear, gloves, beanies, hiking boots, backpacks, and tents that The North Face offers. It’s like an adventurer’s dream come true all under one brand.

The North Face website is designed to provide you with all the information you need about the brand and the newest arrivals to their product lines. This site is set up to allow you to find and purchase what you are shopping for with ease. If you are having trouble finding something or are having difficulty checking out, try the chat feature and get assistance from one of the customer service professionals on staff to make your life easier.

With the heart of exploration being passed down to the coming generations, The North Face will remain as a staple for adventure. When ordering online, you will need to consider sizing. Being knowledgeable of how to appropriately size yourself or your children is of the utmost importance when shopping for clothing online. The North Face offers sizing charts on their site for your convenience. Let’s take a look at a few of the ways you can measure for clothing, so you can confidently purchase the right size and avoid having to make returns or exchanges in-store or online.

When shopping for apparel, equipment, or shoes for your next outdoor adventure, you can confidently choose The North Face. With unsurpassed attention to detail, unmistakable durability, and an innovative manufacturing process, The North Face could quite possibly be the standard for which all other brands measure the quality of their products. For added peace of mind concerning the quality of the products you are purchasing from The North Face, look no further than their warranty policy. This policy covers factory defects, damage in shipping, and so much more, making The North Face a clear choice.