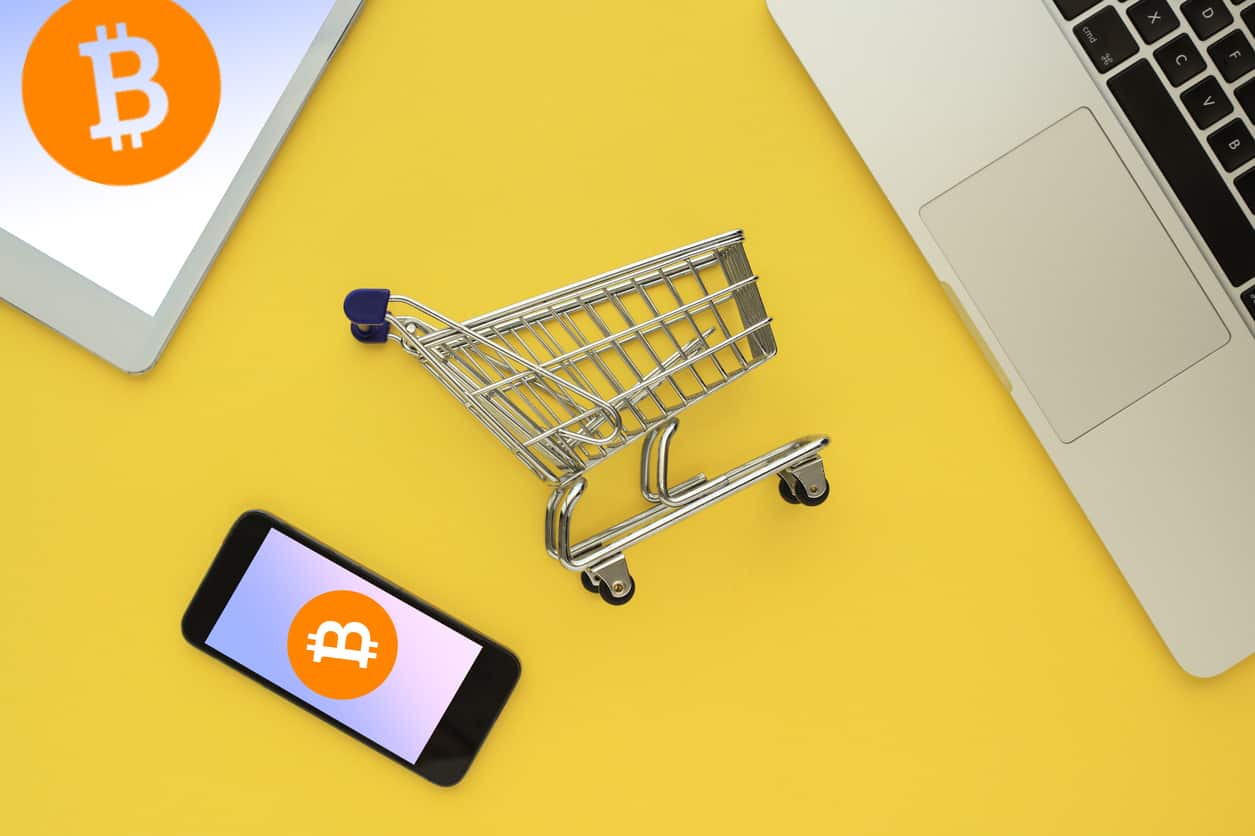 If you’re still a little foggy on exactly what cryptocurrency is, you’re not alone. But as retail start to welcome it, it’s probably time to brush up. No banks or other traditional intermediaries are necessary for transactions with cryptocurrency, which is why it’s gained notoriety as the currency of choice for hackers and investors trying to get rich fast. Created in 2009, it was designed as open-source software by a group called Satoshi Nakamoto with the goal of decreasing the costs of transactions and wrestling control from the government through deregulation. In other words, it was envisioned to be electronic cash that could be used peer to peer to enable transactions without the oversight of a centralized party, i.e. a bank. Bitcoin is the most famous cryptocurrency. The thing about cryptocurrency that’s often hard to wrap your head around is that it’s completely digital, so there’s no printed version like dollars or Euros. Instead, it’s produced by computers around the world and secured with a technology called blockchain that’s essentially a decentralized database, where all transactions are tracked. Got that? Okay, moving on.

Though cryptocurrency has been popping up as a buzzword all over the media for the last couple of years, there still aren’t that many people actually using it. Blame barriers of technology and cash flow, but adoption is still pretty low, which is why retail investors haven’t jumped to embrace it yet. But that’s changing as companies are looking to capitalize on cryptocurrency and close that gap in the market. Brands, companies and regular people are visualizing digital currency as technology for the future. That’s why retailers are investing in mainstream adoption for transactions made by regular people every day.

Right now, there’s almost no way for people to spend cryptocurrency. However, new electronic payment technology is trying to change that by providing ways for people to use cryptocurrency in their day-to-day transactions. Eventually, that will completely overhaul the entire retail payment world. So far, the retail industry has seen the most growth of any industry for the use of cryptocurrency. Last year saw the biggest rise to date in brick and mortar businesses accepting cryptocurrency, as the demand grew for both customers and merchants. The number of transactions made with Bitcoin are rising. A few of the largest companies in the country have gotten on board and are now accepting cryptocurrency, including Microsoft, Subway, Overstock, and Expedia.

However, there are few a still hurdles when it comes to using cryptocurrency. First, it’s notoriously unstable, as the value is prone to fluctuating wildly. And unlike checking out with a credit card, which takes sometimes just seconds to go through, it can take much longer when paying with cryptocurrency, sometimes over 10 hours during high network traffic. Plus, the transaction fees can be steep: In December 2017, the average Bitcoin transaction had a $34 price tag. Then, of course, there are the challenges of accessibility and security. All of these hiccups are preventing cryptocurrency from reaching its full potential—and being embraced by the masses.

That’s why companies are working to close these loopholes. By making payments with Bitcoin more reliable, convenient and safe, it will become more accessible to both customers and merchants. In the long run, eventually cryptocurrency can help both sides by making transactions less costly and more secure. In fact, WorldPay predicts that by 2021, these types of new services will make up 46% of global e-commerce payments. The growing demand for cryptocurrency will transform the industry, leaving us to wonder what will be in our—virtual?—wallets.