There’s no denying that we’re living in a politically divisive time. But are we so fractured as a nation that Republicans and Democrats can’t find any common ground? Well, take heart…there is one thing that seems to show some consensus. Where we shop online.

Before you start expecting to see your fellow Americans gleefully joining hands and singing “Kum Ba Ya,” differences do still exist. But the similarities are definitely there. And, hey, in these contentious times, that’s a step in the right direction!

Here are some interesting observations from the research we ran, showing both similarities and differences, as well as some state-specific surprises. 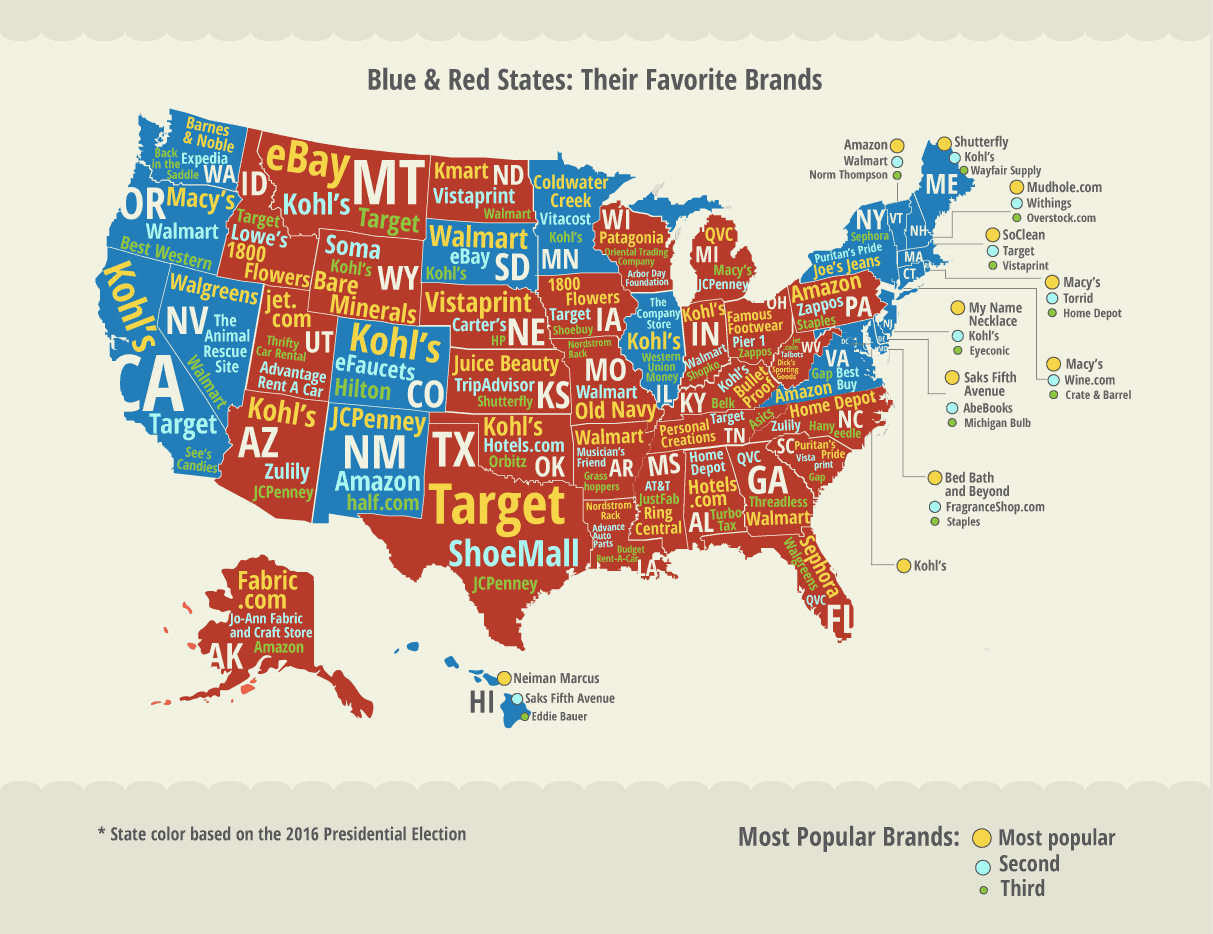 The conclusion? Apparently we are not as divided as we might think. That’s good news! Perhaps it even gives us an open pathway for greater understanding and unity in the future…even if it starts with, “Hey, where’d you find those fabulous shoes!”

Article and infographic brought to you by Goodshop, a coupon/loyalty site that brings you the best deals from over 30,000 stores and donates to your favorite cause with every purchase.