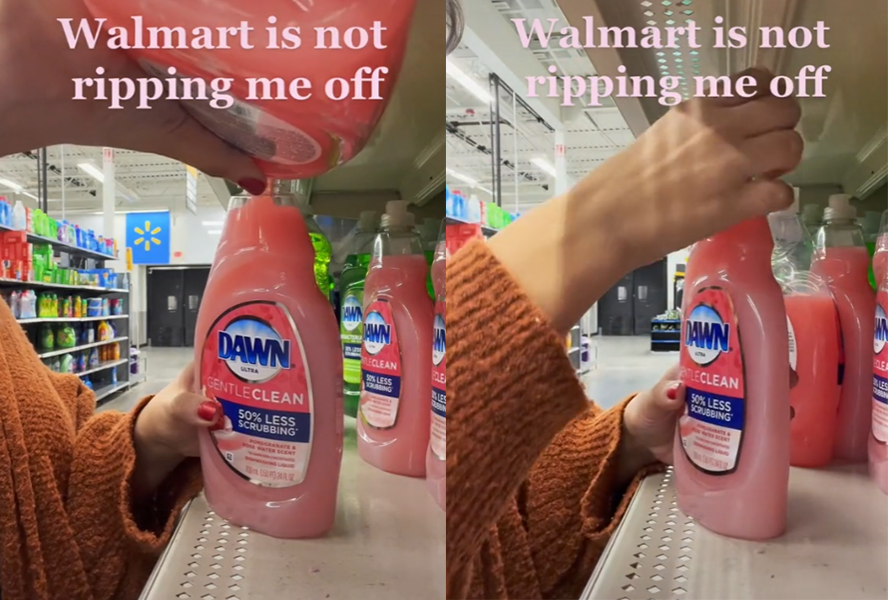 A viral TikTok shows a customer filling up a bottle with Dawn dish soap using a second bottle of the same dish soap in a Walmart.

TikTok user captioned the video: “Walmart isn’t ripping me off.”

Over 13.7 million people viewed the video, which showed the user filling the empty space on top of the container with dish soap from the second bottle. Thousands of Tiktok users engaged in a debate in the comments section.

Several users pointed out that customers pay for a particular volume of a product that is listed on the package. They noted that the space left at the top of the bottle is for safety purposes.

Many noted that the space left at the top of the bottle is for safety reasons, and that dish soap bottles are sold and filled by weight.

One user scolded the original poster, saying that “Liquid soap is sold by weight, not how full the bottle is. Silly, petty thievery. Trite.”

Another user commented with a warning: “Tampering with product is a felony ask all the teenagers who thought it was a funny trend who had to face legal consequences.”

Many users in the comments were genuinely confused by this TikToker’s actions, and some even reacted with frustration. 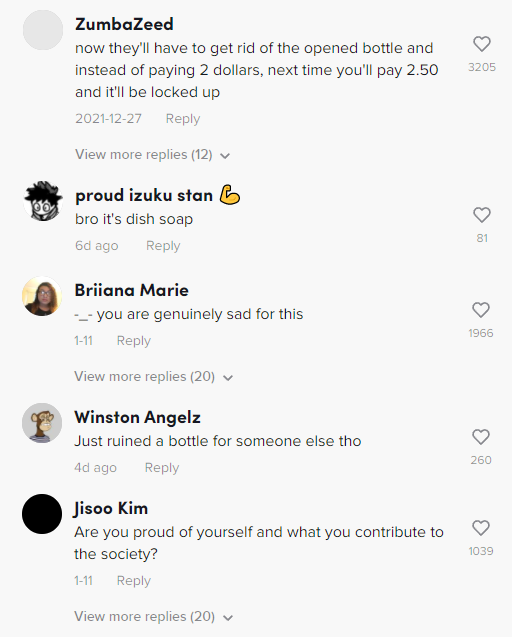 Another user asked why the TikToker poured an off brand dish soap into a Dawn container, and the TikToker explained that someone had done the exact same thing before them, adding that the whole thing was meant to be a joke. 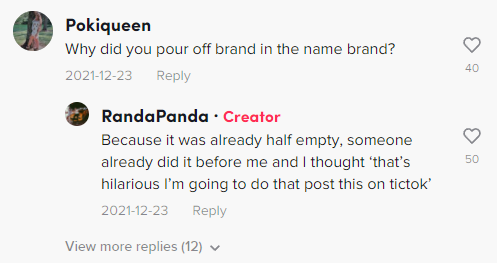 How to Combine Target Photo Coupons

8 Things to Reignite the Spark on Valentine’s Day